Bank of Kilmichael Renovation and Restoration

Let’s start the week off with a fun Before and After: Bank of Kilmichael Renovation and Restoration in their hometown, Kilmichael, MS.

The historic square of Downtown Kilmichael, like many Mississippi small towns, was lost to time. It is slowly being rediscovered by those who remember it as it once was and hope to see it thrive again. The owners of The Bank of Kilmichael are doing just that for their hometown. The Bank has long been a community anchor, founded here in 1904 and still serving the community today. Over the years they have branched out to neighboring communities, thus requiring their main branch to expand for necessary additional office, meeting, and training spaces. Instead of relocating, they decided to purchase vacant adjacent downtown buildings to meet their needs and to help revitalize the community. This project includes the expansion of the Bank of Kilmichael into two of the six historic structures they bought on the former Square. Kilmichael City Hall has relocated into another of the rehabilitated storefront buildings. The additional vacant buildings are being restored in an effort to bring businesses back to their downtown square. 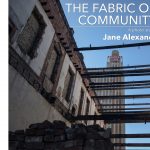 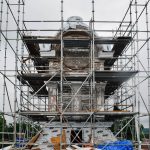 Marshall County Courthouse
HOW TO GET IN TOUCH