On May 18, 1923, Charles Lindbergh landed his “Jenny” northeast of here and damaged the propeller. He spent several days selling excursion rides at five dollars each to defray his expenses.

Excerpt about the airplane landing from Charles A. Lindbergh’s book, The Spirit of St. Louis, published in 1953:A small but dark storm area was drifting in my direction, and only a mile or two away. I wanted to get my plane into a grove of pine trees at one side of the slope behind me, and tie the wings down before strong wind gusts arrived. So I opened my throttle, blew the tail around, and taxied across the little meadow at the highest speed I dared. It was too late to stop or ground-loop when I saw a ditch ahead, almost completely hidden by grass. I had barely time to pull the throttle shut. There was the crash of wood as my wheels dropped in and the propeller struck the ground. The tail rose, like a seesaw run amuck, until it was almost vertical in air. I though my Jenny was turning upside down. Then it settled back to an angle of some forty-five degrees.I climbed out of the cockpit down to the wing, and then to the ground, and surveyed my damaged plane. It was splattered with mud, but I could find nothing broken aside from the propeller. If I’d followed my landing tracks, or if I’d even been ten feet farther over, I wouldn’t have hit the ditch at all. Raindrops began to patter on fabric. Northwest treetops were boiling in the wind. The rudder drummed against the flippers with a heavy puff. Several men and boys came running up.What’s the name of the nearest town? I asked.Well suh, if you go nawtheast, you come to the city of Maben. If you go sauthwest, you come to the city of Mathiston. When you all landed, you jist about split the difference between ’em.What’s the closest big city?Well suh, if you go ’bout a hundred miles sauth, you come to Meridian. That’s about the biggest un we got ’round heah.Meridian, Mississippi! That’s where I’d started from — I’d flown north instead of west! I thought they were going to say I was in Louisiana.

By that time a crowd was assembling in spite of the rain — whites and Negroes, grandfathers, daughters, babies, and dogs. We hauled down the fuselage and pushed my Jenny out of the ditch, into the grove of pines. I tied wings to trees, and rode into Maben with a storekeeper who had locked up his place of business when he heard of my landing and driven out to see for himself what had happened.

Before leaving Souther Field, I’d invested twenty dollars in two extra propellers as a safeguard for my summer’s barnstorming. I telegraphed for one of them to be expressed to Maben. Then I engaged a room at the old Southern Hotel. The next afternoon, I installed the compass in my cockpit.

Three days later, the new propeller arrived at the railway station. I lapped it onto the engine shaft between showers. A large part of the population of Maben, Mathiston, and the surrounding country came to watch me work and test the plane.

On the test flight, my take-off was easy, and my landing fairly good; but constant rains had kept the field soft. Wheels and tail skid left shallow ruts behind. I taxied back carefully around the ditch end, and announced that I was ready for passengers. While I was waiting for the propeller, I had talked half-a-dozen townsmen into promising to fly with me. Most of them were right there, gathered around my plane.

Hank, climb in; you all been talkin’ all mornin’ ’bout the flight you’re going to take!

Oh, Ah – – – Ah’m goin’ up all right; but how ’bout all you fellers that was fightin’ for the first ride? Sol, you was speakin’ mighty big few minutes ago. Don’t hear nuthin’ from you now.

It took sever minutes of persuasion to get the first Mississippian into my cockpit. After that, they came fast. I stopped my engine only when it was necessary to pour gasoline in the tanks. I kept the fuel level low, to make take-offs easier. That day, I took in enough money to pay for new propeller, gasoline, and hotel bills, and leave me a profit besides. At last, my flying was on a paying basis. Hours in the air put dollars into my pocket instead of taking them out. I was earning enough to live, and for the upkeep of my plane; that was all I asked.

Bill, you’ll nevah know what your place is like till you look down on it from up ‘bove. Say, you ought’a see the chickens ta-a-ke for cover. Costs money, but it’s sho’ worth it!

Mose, how’d you feel strapped in ‘tween them wings?

Boss, Ah’d go but Ah ain’t got no money.

Well, Ah’ll chip in fifty cents to give Mose a ride. Boys, who’ll go ‘long with me?

Ah’ll put up half a dollar.

We’ll pay his fair if you’ll give him a flip-flop, mister. Mose, how ’bout a flip-flop? 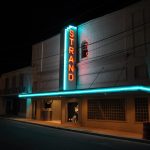 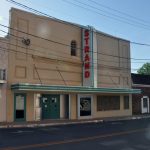