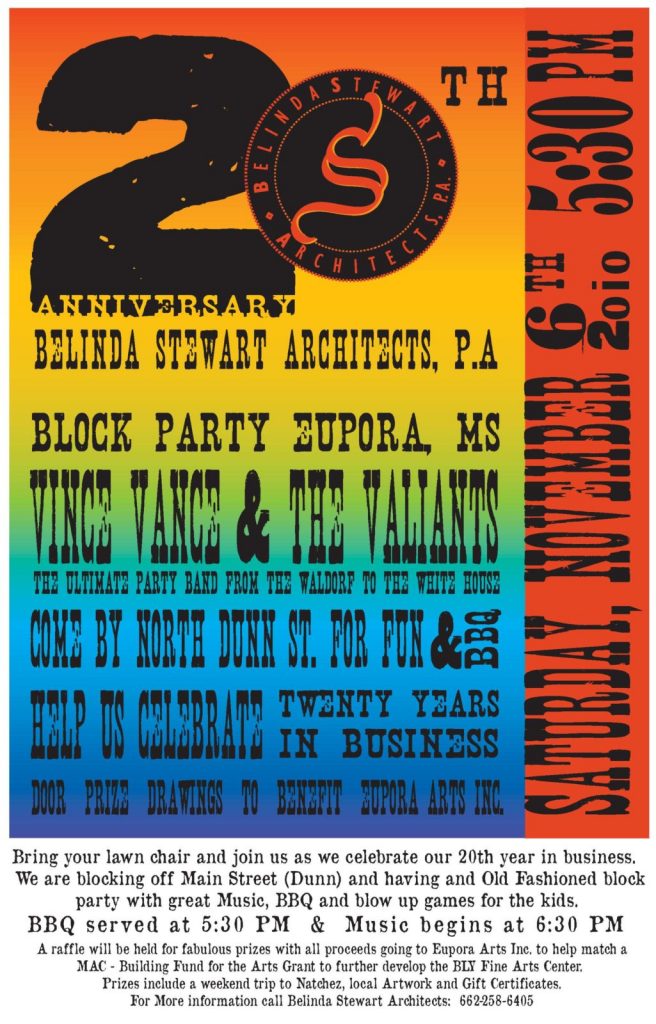 Belinda Stewart Architects, P.A., celebrated its 20th anniversary in November and in those two decades, the company has garnered a list of accolades and achievements that would be the envy of any national architectural firm – much less one located in Eupora, Mississippi, population 2,326. Eupora is the hometown of founder Belinda Stewart, but after graduating from MSU School of Architecture, she moved to North Carolina to pursue her career. The five years away gave Stewart a new appreciation for the charms of small town life and in 1990, she returned to Webster County, setting up an office in her grandmother’s living room. She quickly outgrew the living room. Despite warnings that the small town location would be a death knell to her career, Stewart’s commitment to excellence propelled her company to the upper echelon of the state’s architectural firms. Today, she works with a dynamic team of eleven associates and maintains offices in the historic Stubbs/Four Seasons building in downtown Eupora.

Along the way, Stewart has amassed a collection of over 30 business and design honors, including the prestigious Governor’s Cup Award for significant business contributions to the state. The Mississippi chapter of the American Institute of Architects has recognized her work repeatedly and she served as the organization’s first woman president. Stewart’s focus on historic restoration and new construction in historically significant environments has also led to numerous awards from the Mississippi Heritage Trust and the Mississippi Main Street Association (MMSA). In the spring of 2010, MMSA honored her with the Sam Kaye Excellence in Design Award for her positive impact on the state’s Main Street communities. Creative flexibility is one reason for the firm’s longevity and impressive array of kudos. Restoration projects like the Oxford depot, the Pontotoc courthouse, and the CenterStage Theatre in West Point exemplify historic sensitivity, while new buildings such as the Clinton Visitor’s Center and the Bay St. Louis Community Center manifest a harmonious blend of traditional and cutting-edge design. But award-winning design for civic, commercial and residential uses isn’t the only reason for the company’s success. Another key component is Stewart’s personal philosophy – one that integrates architectural and community values. “We understand that our work is more than architecture,” she said. “It’s a way to make a positive difference in the life of a person and their community.” These beliefs are backed by action, as her civic involvement makes clear. Stewart is currently serving her fourth term as mayor of the neighboring village of Walthall, the Webster County seat. She helped establish the Webster County Development Council and the Board of the Eupora Arts – and is a member of the Arts board of directors. During the past twenty years in Eupora, Stewart’s appreciation for hometown communities has continued to grow. She asserts that “small towns have the power to inspire, family roots can build an ethic that weaves through a profession, and architecture can see beauty in our history and hope in our future.”

For the firm of Belinda Stewart Architects, that future seems full of promise, as well as hope. 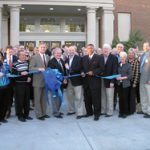