We are not typically fans of only keeping the facades of buildings without also keeping the other historic parts of the building, but occasionally this is the best way forward. Downtown Okolona has had several devastating losses to their historic downtown area. When a downtown bank building collapsed a few years ago, it structurally and seriously damaged adjacent structures. Several original storefronts were lost with the collapse. This building was badly damaged internally, but the decision was made to save the storefront facade to keep as much of the remaining downtown intact as possible.

Now that the front facade has been stabilized with structural steel, it is ready for a new building to be built behind it and begin it’s second life.

The city plans to rebuild behind this façade to provide a visitor’s center and other city services. By doing this a critical storefront will be retained, lessening the devastation of losing so many historic storefronts at once.

This project was funded by Mississippi Department of Archives & History through the Community Heritage Preservation Grant program. 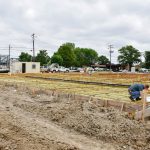 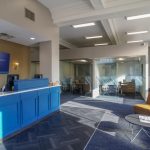 GB&T Bank, Greenwood, Mississippi
HOW TO GET IN TOUCH