Hays Barn owned originally by the Hays family is located near Walthall in Webster County and was designed to house animals, store hay, corn and feed cattle. Hay could be stored in the loft and cattle fed by pushing hay down the side of the barn in to slots under the wide overhang. Cattle could be fed year around without the hay leaving the security of the barn roof. There are no columns supporting the feeding cover. The barn was designed to take advantage of the natural prevailing winds and solar patterns.

W.A. Hays known as ‘Uncle Billy’ was a dominate factor in the social, religious, business and civic life of the county. He was born near Walthall August 18, 1849. He attended school a mile north of Walthall near Tabb Hill. When his father, Vincent A. Hays left to join the ranks of the Gray for the Civil War, William was left in charge of the home (which included his mother and 13 children) and farm.  For fifty years ‘Uncle Billy’ operated a gin, sawmill and gristmill at Walthall taking great pride in his home and barn. 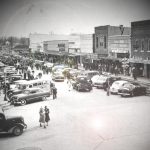 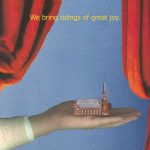 Cards of BSA Christmas Past
HOW TO GET IN TOUCH