The Matt Ross Administration building is a new building constructed in the heart of downtown Port Gibson – located between the antebellum county courthouse and the historic main street commercial block.  The building seeks to tie these structures together to form a more unified downtown image and is based on the historic commercial character of downtown Port Gibson. The new facility incorporated two courtrooms, associated support spaces, offices and space for two independent county departments.  An exterior public space also was incorporated providing a covered pavilion and garden area between the Annex and the historic Courthouse. The overall form and scale links to the commercial buildings in this area.  The quilt patterns etched into the stucco along the side of the building were completed by local art students, based on the winning designs from a local quilt competition held specifically for this project.  The building is designed upon the character of Port Gibson as a whole, representing all her people and celebrating their cultural diversity. The building is OF Port Gibson. This project received design awards from Port Gibson Main Street as well as from Mississippi Historical Society, Mississippi Heritage Trust, Mississippi Downtown Development Authority and the Mississippi Chapter of the American Institute of Architects. 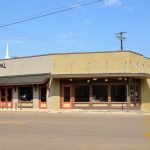 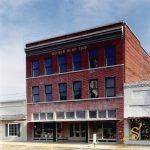 Barrett Law Offices Renovation
HOW TO GET IN TOUCH