The Mantee Depot is a significant historic landmark for the Town of Mantee built around 1910.  The depot currently consists of two wooden structures with a covered walkway between them. The south building sits at grade level and contains two office spaces which served as the ticket offices; the north building has a raised floor level and functioned as the freight room.  As part of the project scope of work, the depot was relocated close to its original location after sitting on private property for many years.  The exterior non-original asbestos siding was removed and the original board siding was restored with new installed boards and new battens to match the original profile.  A new roof was installed along with new wood windows.  The ticket area was rebuilt using new and original studs and the freight room was realigned.  ADA access to the freight room was provided by connecting a boardwalk along the east side.  The interior of the freight room was restored using existing boards as wainscot material and new T&G boards above.  The freight room doors were installed to operating condition.  A bathroom was added in the waiting room. The freight room will be used as a Museum and the ticket offices will be used as City Hall. 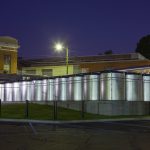 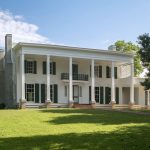 Cotesworth House Restoration
HOW TO GET IN TOUCH