Rowan Oak was originally constructed between 1844 and 1848 by the Sheegog family.  It passed through the Bailey family hands until William Faulker purchased it for $6,000 on April 12, 1930.  The house was originally configured in a L shape.  Kitchen, Pantry and Rear additions were made by the Baileys and Faulkners.  The Sheegog Family called the home “The Mansion”, but Faulkner “selected the legend of the Rowan tree from Frazer’s Golden Bough as an inspiration for the name of his new home. Though actually not an oak, the Rowan tree was thought in Europe to represent peace and security” (2004 Historic Structures Report).   After William Faulkner’s death in July of 1962, Rowan Oak began its life as a memorial to the Author. 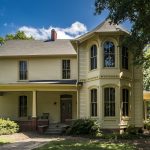 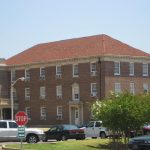 Hill Hall
HOW TO GET IN TOUCH