The second district court facility in Tallahatchie County was the location of the 1955 Emmett Till murder trial. The murder, trial and subsequent display of his body in Chicago has been described by many as the “spark” of the civil rights movement in America.  Three months after his death, Rosa Parks stated that she thought of “that poor boy Emmett” as she sat on the bus in Montgomery waiting to be arrested.  Scope of services first included an existing facility analysis and feasibility study to determine if the courthouse could feasibly be restored to house a museum dedicated to the memory of the events surrounding Emmett Tills murder and trial. The project was expanded to focus on all the sites associated with the events.  A driving tour has been developed and marked. Various planning efforts have continued to occur focusing on various specific aspects of the big picture.

Restoration and enhancement of the courtroom provides a living artifact within the historic Tallahatchie County 2nd District Courthouse to help interpret the civil rights movement in Mississippi related to the Emmett Till Murder trial of 1955 and the subsequent events of the Civil Rights Movement in America. 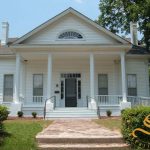 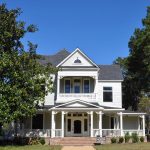 Stevens Sundbeck Victorian Restoration
HOW TO GET IN TOUCH