The Webster County Jail was constructed in 1892. It served as the County jail until 1960’s, when a new jail building was constructed in nearby Eupora. The jail structure served as a Webster County Museum from 1976 through the early 1990’s. The building then fell into disuse and had suffered from a partial collapse. The Village of Walthall acquired the structure from the County and sought funding to restore the building to be used as the Village Hall. Belinda Stewart Architects provided grant writing, inspection & architectural services for the restoration as pro-bono services.

The work completed as a part of this project included a full restoration of the exterior of the jail building, rehabilitation of the interior, and modification of the layout to be used as the Village Hall for Walthall, Mississippi. 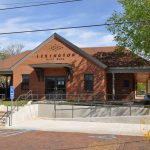 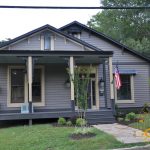 Billy B. Investment Properties
HOW TO GET IN TOUCH