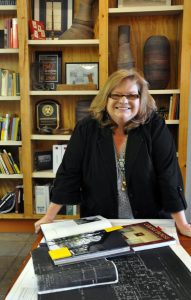 Earlier this year, Belinda Stewart, FAIA, became the first female architect from Mississippi to be made a Fellow by the American Institute of Architects. Of the 80,000-plus AIA members, approximately 3,000 hold the Fellow designation, and Stewart was one of only 122 members inducted this year.

The principle of the firm Belinda Stewart Architects, P.A., which has a 13-person staff of whom 10 are women, Stewart was also the first woman to serve as president of the Mississippi chapter of the AIA.

But Stewart says it has never been her primary mission to champion women in the field of architecture.

“I consider myself an architect first, a woman second,” Stewart said. “I don’t have the figures but there was a number of other women at the (Fellowship) investiture ceremony.

“Mississippi has been home to very good female architects. I am following in their footsteps.”

It’s an interesting statement from an entrepreneur/architect who has forged a career by going somewhat off the path, building a firm largely by focusing on rural or small-town projects and adapting — “moving sideways,” she calls it — to meet clients’ needs.

Born and raised in rural Webster County, Stewart’s interest in the building process was sparked by her contractor-grandfather. She began riding with him to his worksites, eventually working for him.

Her career path was firmly set, though, when a Mississippi State University architecture dean spoke to her high school class.

“It sounded great. It was everything I liked,” Stewart remembered.

After graduating from MSU, Stewart didn’t return home, but instead found work in Raleigh-Durham, N.C. She fondly recalled her five years there working on great projects in a vibrant city. But…

“It wasn’t home,” Stewart said, who admitted that she wanted to get far away from Mississippi after graduation. “I realized all communities have problems, they just look different from place to place.”

In 1990 Stewart returned to Webster County and put out her shingle in Eupora. Belinda Stewart Architects has since racked up numerous awards from AIA-Mississippi, including its two newest this year for the Bolivar County Courthouse Stabilization project in Rosedale and Collins Depot Renovation. The firm has also been recognized by the Mississippi Main Street Association, Mississippi Heritage Trust, Bay St. Louis Historic Preservation Commission, Mississippi Historical Society, Port Gibson Main Street and Mississippi Downtown Development Association as well as garnering a 2004 Governor’s Cup Award for Economic Development.

Stewart, a member of the 2006 50 Leading Businesswomen class and 1995 MSU Alumnus of the Year, pointed to “moving sideways” as a key to success. To serve rural/small-town markets, Stewart had to adapt. An example is grant-writing.

“You’ve got a small town with a $100,000 budget and they want to renovate their courthouse, which will cost $2 million,” she explained.

For years she wrote the grants, but it grew to the point Stewart brought on a grant-writer. All of that has increased the payroll. Today, Belinda Stewart Architects houses three project managers, two project architects and a senior drafter as well as three architect interns in addition to a grant-writer/office administrator, office manager and business manager.

Stewart says the firm does have “dreams” of future growth. Still in the development stage, the firm is mulling an entry into the construction arena, focusing on historic preservation projects.

Right now, however, Stewart said the goal is to get better and continue serving rural markets.

Perhaps the firm’s website (www.belindastewartarchitects.com) says it best: “What links us together is that we had a choice and we chose life in small town Mississippi.” 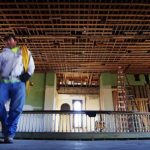