Study looks at needs of buildings

MERIDIAN —     A plan to renovate several county buildings comes with a high price tag, but officials aren’t moving forward on the projects just yet.

At a work session of the Lauderdale County Board of Supervisors on Thursday, architects presented the results of a study of five county-owned buildings with a total price tag of $39.5 million.

Hank Florey, president of the Board of Supervisors, said he is pleased with the results of the study, which was conducted by Belinda Stewart Architects and looked at the Lauderdale County Courthouse, the Raymond P. Davis Annex Building, the Ulmer Building, the Ross Building, and the former Greyhound Bus Station.

He said the best news he heard in the report Thursday was that the courthouse and annex buildings are structurally sound.

“I was worried about that. I’m surprised but I’m glad to hear it,” Florey said.

The next step for the supervisors will be agreeing on a plan of action and communicating that with the architects. However, any plan, he said, will be done in phases and that is after the board can find funding for it.

“We have several sources that we can tap for funding. I hope we can do this with grants, most of it, rather than have to float a large bond issue. It’s going to cost money and we’re going to have to bite the bullet down the line somewhere. It’s got to be done somehow. We intend to do it by phases. It would take several years to finish, of course. I think it will be something the public will be proud of.”

During the study, Stewart Architects asked various county officials what the needs of their offices are.

Courthouse
The courthouse, built in 1905, holds the offices of the tax collector, tax assessor, circuit court, circuit clerk, chancery clerk, chancery court, district attorney and child support services. The study spells out what needs to be improved in each area. Those needs include getting more space for Chancery Court, adding an extra exit for judges, keeping prisoners away from judges and the public when they are being moved from holding cells to courtrooms, more filing space for Circuit Court Clerk, and more privacy for judges.

In addition there are plaster problems, the plumbing needs to be totally replaced, and there needs to be upgrades to heating and air conditioning, humidity control, and energy efficiency, according to the report. Numerous other changes and upgrades need to be made with an overall estimated cost of courthouse renovations totaling $12.8 million.

Davis Annex
At the Raymond P. Davis Annex Building, built as the Lamar Hotel in 1927, repairs also need to be made. It currently houses County Administration, including the Board of supervisors meeting room and offices, the Lauderdale County School District Administration offices, MSU Extension Services, Lauderdale County Justice Court, County Archives and History, and the Sheriff’s Department.

Repairs and reinforcement to the concrete joists/slab system at the basement floor framing will be required, according to the report.

HVAC systems are aging and the plumbing system is no longer an efficient use of space and requires a great deal of maintenance. An electrical upgrade is also in order; plaster repair and wood trim work will also be required throughout the building, the report says. Those, along with other improvements, including exterior renovations, would total $17.6 million.

Ulmer Building
Another county-owned building, the Ulmer Building, was constructed in 1918 and is being used as the County Maintenance Office and Shop. A complete new mechanical system will be required. One proposed use of the building is the Chancery Clerk’s Office and Chancery Court. For that, an elevator would have to be installed and exterior restoration would be necessary. The total cost of repairs to that building would be $3.4 million.

Ross Building
The Ross Building, built in the 1920s is currently vacant and “has experienced severe deterioration over the years primarily due to the roof structure being left open and vulnerable to years of water infiltration,” according to the report. New mechanical, plumbing and electrical systems will be required based on the proposed function of the building.

The Board of Supervisors will have to decide if they want to renovate or replace the building. Thorough renovations would likely cost about $2.2 million.

Greyhound Building
The Greyhound Building, which currently houses the Meridian-Lauderdale Tourism Bureau, was built in 1955. The architect’s report says the building is in overall good condition and restoration work would mainly focus on preventive care. The cost of renovating would be about $500,000

The architectural firm also estimated $800,000 for landscaping, sidewalks and parking for the area buildings, and it estimated a contingency fund of $1.9 million.

The Board of Supervisors can elect to do all or some of the work on a schedule yet to be determined, depending on funding sources. 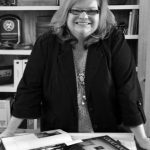