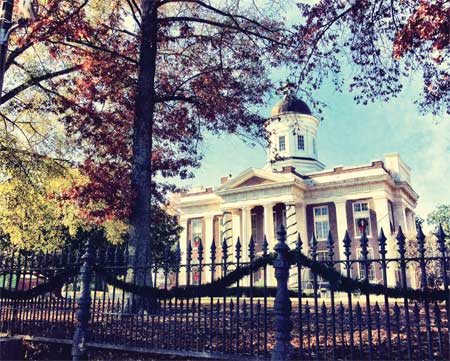 The historic Madison County Courthouse will soon undergo restoration as the county board of supervisors approved to begin making repairs on several elements that have caused significant deterioration to parts of the building. Supervisors were given a brief presentation on Monday night by Belinda Stewart Architects that highlighted the many issues causing damage to the courthouse, – the worst being moisture.

“Moisture in the building is probably the biggest problem the building has right now,” Stewart said. “The moisture is ultimately what is causing all of the plaster damage and peeling paint throughout the building.

“This is such a wonderful building, it’s a very significant building,” she continued. “It’s one of only a few pre-civil war courthouses that is still in the state and still in operation and we are honored in being able to help restore it.”

Among moisture damage, other repairs that need to be made include drainage, new flashings for the roof, replacing piping/down spout, and fixing plaster damage that has occurred inside. Air conditioning controls will also be installed which will help to maintain a temperature that prevents moisture from accruing. Stewart also said there are many portions of the piping that appear original to the building.

“We think that at least parts of the piping are original to the building. Some of it might have been modified here and there but there are portions of it that we think are original,” she said. “The last time work had been done to the courthouse that I know of was in 2005. I think the primary focus of that restoration was for the cupola at the top of the courthouse.”

Stewart predicts the project could be completed in as little as six months depending on whether or not it is done all at once or in stages. The estimated price to perform the operation would total $388,000, however, a $500,000 federal grant was issued to cover the costs of the repairs.

“It’s hard to tell how long it will take to complete,” Stewart said. “It depends on if they do it all in one stage or not. If all of the work is done in one stage then it should be done in a matter of a few months, which includes design, bidding and doing all the work.”

According to District 2 Supervisor Ronnie Lott, Phases I, II, and III have been approved but the board is holding off on Phase IV.

“We believe that through grants that we can fund the first three phases, but we are holding off on Phase IV to see where we’re at with everything,” Lott said. “The good thing about this is that it’s all funded by grants so it won’t cost the taxpayers anything and because of the water damage that we’re receiving it’s something that needs to be addressed.”

The first three phases focus on actual repairs and restoration to the building, while the fourth phase is restoration of the courtroom. 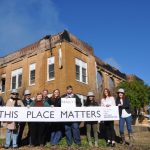 Webster County Courthouse
HOW TO GET IN TOUCH