The 2019 BSA Christmas Card presents “The Flat Iron Building, now and then”

The Flat Iron Building has housed many local businesses, such as The Star Cafe, a Ford body shop, boarding rooms, a saloon/hotel, and more. In the 50’s it was Cliett Auto Parts. Mrs. Inez Betterton worked there as the bookkeeper and it is said that they had the coldest coke machine around at 5 cents each. In the 40’s it was Golden’s Grocery, owned by L.C. “Claude” and Rene Mae McBride Golden who lived in the building to be close to their son, Bob, who lived nearby on Adams Avenue.
Pictured, Front: A photo of the Flat Iron Building as it stands today merge with a photo found by Priscilla Reves showing the original two-story porch with a glimpse of the old Farmer’s Co-Op in the background.
Pictured, Back: The Golden’s son, Bob Golden, visiting home from his service in WWII.

BSA On the Road 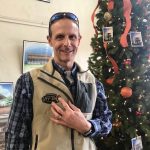 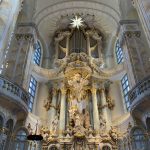 Cord’s Germany Trip
HOW TO GET IN TOUCH