Louisville, a town in bloom, is using historic building’s like this project to support the current downtown revitalization efforts. Louisville has an intact primarily linear downtown area and the Masonic Temple is the anchor near the east end of the commercial area. When the local Masons decided to sell their historic lodge, built in 1922, one of the first-floor retailers did not hesitate to buy the building. Along with preserving their already thriving business, they had the idea of rehabilitating the second-floor space to create a boutique hotel. The second-floor layout was similar to many other small-town lodges, with front-facing professional rental spaces and with the lodge and eastern star group rooms to the rear.

The boutique hotel’s new plan was designed with preservation as the main driver, retaining as much of the existing interior layout as possible. By doing so, the building maintained most of its original layout. The professional office spaces primarily became the hotel rooms and bathrooms.  The lodge space was designed to be a grand ballroom and event space. The former Eastern Star room was subdivided to be brides’ and grooms’ suites as well as a small reception/breakfast room. The original entry stairway was able to be retained and reused. Egress was a key element of the design with a new rear stair constructed with access to a side street entry.  The alleyway behind the building was developed into a wonderful outdoor gathering space.

The interior original character of the building was retained through the restoration of original materials and trim and through the use of historically appropriate finishes and fixtures. Details from its use as a Masonic Lodge were retained and incorporated into the design.

Rehabilitating second floor commercial spaces in former downtown buildings for different functions than originally constructed provides the challenge of fire separation between the lower and upper floors.  The decorative metal ceilings on the ground floor were able to be saved through the use of the fire-resistant coatings.

The original drawings of this historic hotel, which hang in the ballroom today, were available and supported the extensive rehabilitation effort for this rehabilitation project.

Through the dedicated and beautiful work of Jeremy and Heather Cummings, The Mason Boutique Hotel is now a primary anchor and major attraction for historic Downtown Louisville. 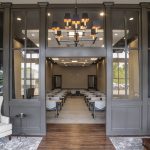 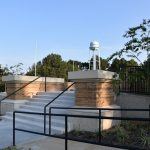 Walthall Courthouse Square
HOW TO GET IN TOUCH